Skip to content
All Winners Comeback for All Stars 7!

All Winners Comeback for All Stars 7!

The long awaited Quarter Quell of Rupaul’s Drag Race is here and it’s All Stars cast are all winners. It’s been whispered about for years but the truth is out and it’s time to welcome back eight Drag Race winners including our very own UK representative The Vivienne to the Rupaul’s Drag Race All Stars 7 runway to find out who is the Queen of all Queens and here are our racers…

She didn’t come to play, she came to win… again! Ms Shea Coulee is returning for All Stars 7 as a winner of All Stars 5 after reclaiming the crown that she was so close to take in Season 9 but lost on the final leg to her season sister and lip-sync reveal legend Sasha Velour. She is a Queen who certainly doesn’t require any introductions being the favourite to win on both of her previous seasons and she is ready to slay her way to another Crown. 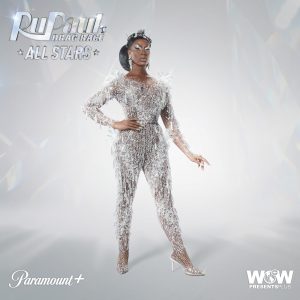 The essence of beauty is here! Crowned Queen of lockdown finale of Season 12 snatched the crown from Drag icons Crystal Methyd and Gigi Goode in a virtual smackdown for the crown during the pandemic and is back to take another crown but this time from the main stage of an All Winners All Stars 7. 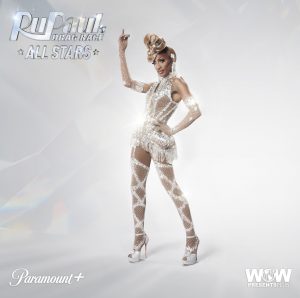 Wouldn’t an All Winners All Stars just seem ODD without this crazy Queen. Crowned Queen of season 11 Yvie Oddly is returning to the race to even the odds and try her hand at an All Stars crown. In her season she brought creativity, chaos and craziness to the runway along with her unique bending abilities that her disease Ehlers-Danlos Syndrome Type 3 gave her. She competed against such legends as the meme queen Vanessa Vanjie Mateo and host of Canada’s Drag Race Brooklyn Heights and since has had a long run in Drag Race Live in Las Vegas and has appeared on All Stars 5 as the lipsync assassin again Derrick Barry. This Drag Race royalty couldn’t stay away and is back for another crown. 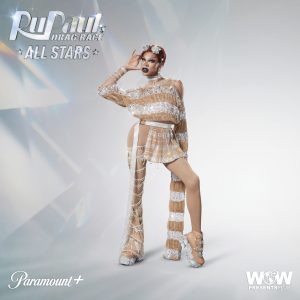 The body is back back back again! Season 9 finalist and All Stars 4 joint winner Trinity the Tuck formerly Trinity Taylor is ready to put her pageant training back to the test alongside her sick sense of humour and stunning fashion as she returns for her chance to take the All Stars 7 crown. 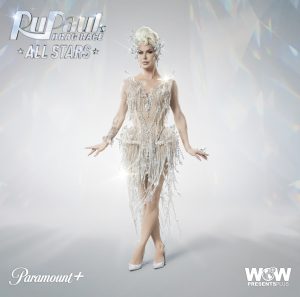 She’s ready to soak up another win. The sponge queen of Season 10 and All Stars 4 joint winner Monet X Change is back alongside her shared crown winner Trinity the Tuck. The iconic sister of season 8 winner Bob the Drag Queen has not stayed away from her Drag Race legacy as she returned not just to snatch the All Stars 4 crown but as a lipsync assassin in All Stars 6 and in the Celebrity Special as a Drag host and she’s back in the workroom ready to raise the exchange rate. 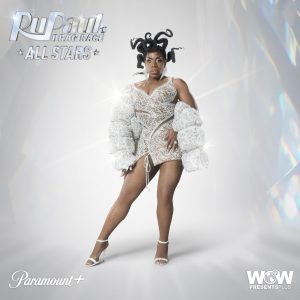 The Actress is back. Season 5 winner snatched the crown in her series from some on Drag Race’s most iconic Queens such as Alyssa Edwards, Alaska, Detox and Roxxxy Andrews and is back to bring her unique style of drag back to the All Star runway. The narcolepsy Queen of Season 5 is back and after a fantastic acting career after her season, she’s ready to bring some Theatre to the runway. 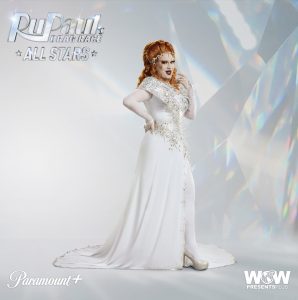 Did someone ask for an icon? Season 3 winner and star of the iconic Youtube series alongside her co-host Raven ‘Fashion Photo Review’, Raja Gemini more commonly known as simply Raja is ready to bring her sickening fashion to the runway again years after her season. This non-binary royalty is ready to show us how old school Drag Race winners bring it, and we couldn’t be more excited. 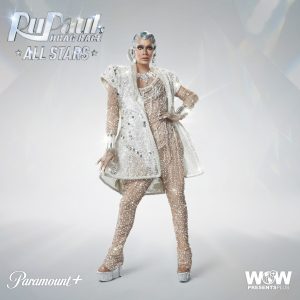 She’s crossed the sea to have her shot at an All Stars and a second crown. As the first ever winner of Rupaul’s Drag Race UK, this British Drag Royalty competed against such iconic Queens as Baga Chips, Divina De Campo and even the current reigning Queen on the World Blu Hydrangea and emerged victorious. Now on American soil it’s time for the OG Queen of the UK to take an All Stars crown. 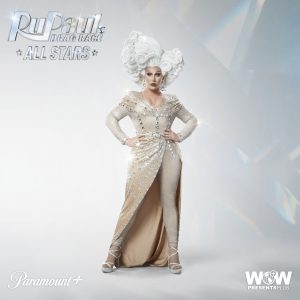 This really is shaping up to be a race like no other, with rumours of a new scoring system and another international crossover, it’s time for the racers to start their engines, and may the best winner win.

About the Author: Rohan Stevens