Don’t know what to watch? we’ve complied a list of our favourite LGBT+ Movies on Netflix!

In the years leading up to the 1983 Sri Lankan Civil War, a boy falls in love with a male classmate. Coming out as gay can be tough no matter where you are, but the stakes are especially high when you’re a teenager growing up amid a warzone. 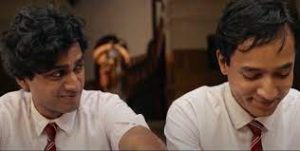 When Rei (Kiko Mizuhara) discovers that her high school crush Nanae (Honami Satô) is trapped in an abusive marriage, she resolves to take out Nanae’s husband Kotaro (Shinya Niiro) so that they can be together. Soon enough, Rei and Nanae both find themselves on the run from murder charges.

Ride or Die is an adaptation of the Japanese manga series Gunjō by Ching Nakamura. 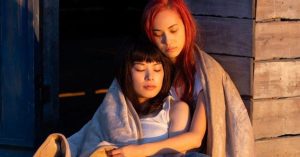 A well-known cartoonist in Brazil, Laerte Coutinho introduced herself to the world as a woman for the first time at age 58. Laerte-se documents Coutinho’s life post-transition as she reflects on her career, her personal journey, and how people have reacted to her coming out.

Later-in-life coming-out stories are rare, so Laerte-se offers a refreshingly unique perspective on what it’s like to transition when you’ve been a public figure for decades. There’s no heavy-handed political messaging, but it might make you question some assumptions about gender. 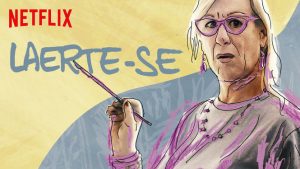 So my Grandma’s a lesbian!

Eva (Ingrid García Jonsson) is stunned when her aunt Sofia (Verónica Forqué) announces her plans to marry a woman named Celia (Rosa Maria Sardà). Although happy for their engagement, Eva is determined to hide the news from her fiance’s conservative family.

Despite its sensationalistic title, So My Grandma’s A Lesbian is a low-key family comedy that’s more heartwarming than it is dramatic. It’s perfect for when you’re in the mood for something light-hearted and uplifting. 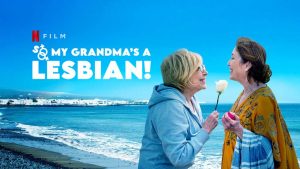 In 1952 New York, recently divorced Carol (Cate Blanchett) finds her passions reinvigorated after meeting a young photographer named Therese (Rooney Mara). When Carol’s ex-husband learns about the affair, he threatens to invoke a “morality clause” to obtain full custody of their daughter.

From wartime drafts to evening gowns, this candid time capsule documents a 1967 beauty pageant that offers an inside look at competitive drag. We recommend watching this documentary as a prerequisite to the iconic Paris is Burning. 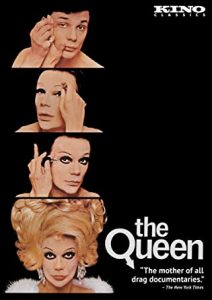 About the Author: Rohan Stevens