Skip to content
Gaga returns to the silver screen!

Gaga returns to the silver screen!

Get ready, because Lady Gaga is returning to the silver screen! Following her triumphant performance as Ally in A Star Is Born, Gaga is currently filming House Of Gucci, based on a scandalous true story of murder, glamour and greed. She plays the ‘Black Widow’ Patrizia Reggiani who was convicted of orchestrating the murder of her former husband Maurizio Gucci, played by Adam Driver.

With the film due for release in November 2021, production has already started on location in Italy and the set pictures that have emerged show Gaga effortlessly embodying the style of a woman so closely associated with high fashion. As well as Adam Driver, the film will also star acting legends Al Pacino, Jeremy Irons, Selma Hayek and Jared Leto. 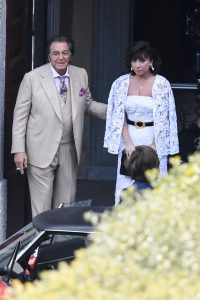 Patrizia Reggiani herself was released from jail in 2016 and has much to say about the project, not least that she feels annoyed that Gaga hasn’t reached out to her for a meeting. However, sensibly, producers have advised Gaga against such a meeting, being “aware of not wanting to endorse or support the awful crime” Reggiani had committed. 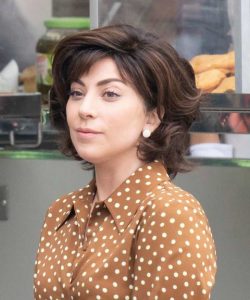 With another duets album out with the great Tony Bennett this year, and the first anniversary of her lockdown-saving album Chromatica, it’s shaping up to be another blockbuster year for Gaga!
Oliver Fagg2021-04-06T13:32:48+00:00